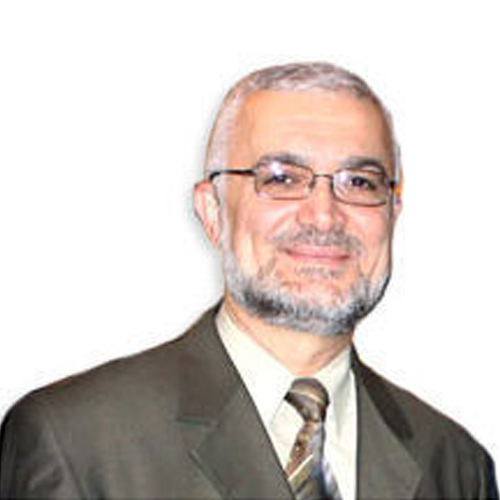 Dr. Munir El-Kassem was born in Beirut, Lebanon in 1955. He was educated at Al-Maqasid Islamic Institute where the Foundation of his Islamic knowledge was established. He was the top student to be admitted in the Pre-medicine program at the American University of Beirut.

Since his arrival in Canada in 1976, Dr. El-Kassem has been very actively involved in Islamic Da’wah. He has visited a large number of Muslim communities across Canada and the United States. He has also participated in interfaith dialogue and appeared on numerous radio and T.V. programs.

His audio and videotapes on various Islamic issues have been widely distributed. One series, in particular, (A Matter of Life and Death) has been quite popular worldwide and portions of it were shown on local T.V in many countries. He is the author of many Islamic books. He is also a regular contributor to the London Free Press, writing on a variety of issues from an Islamic perspective. He also hosts a weekly radio show, Islamic Perspectives, on 1290 CJBK.

Munir El-Kassem is currently a visiting Imam at a number of Islamic Centers across Ontario, Canada. During his tenure at U.W.O., Dr. El-Kassem was one of the chaplains at the University. Recently, he was appointed as a chaplain with the London Police Force. He is married and blessed with five daughters and one son.